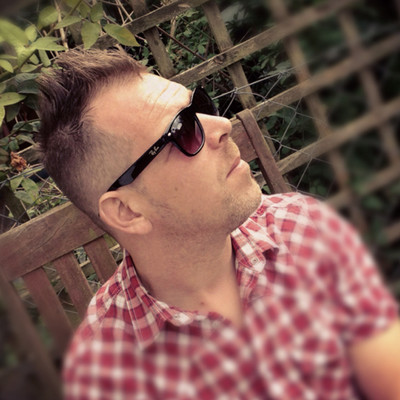 Like most lifelong astronomers, John first became interested in space and astronomy as a small child and as a teenager joined the local astronomical society in Huddersfield UK with a group of friends.

John spent years building his professional career in sales and distribution and translated this experience into a logistics and stock control management role for Siemens UK.

He then joined Apple UK as a Creative and upon moving to Australia in 2013, he transferred his skills to Apple George Street in Sydney.

John was a customer at the Binocular and Telescope shop for a couple of years when he was approached by BINTEL’s founders Mike and Lily Smith to become the company’s Business Development Manager. Having experienced firsthand BINTEL’s ethos of supplying the best possible products and obsessive customer service, John found the move from Apple to BINTEL a natural progression of his long-term vision.

In 2019 John and his wife Clare purchased The Binocular and Telescope Shop.

Outside of Bintel John has a love for the night sky or you will find him in his home study making sounds through Euro rack modules.  He is also a keen photographer of 40 years. 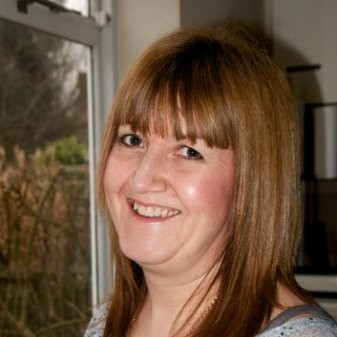 Clare’s early career was spent in retail progressing to an assistant manager for both a clothing concession and a card shop in the UK. In the 90’s she worked at a bank as a reconciliation clerk before a 10-year long position at Siemens Medical as a Senior Project Tender Co-ordinator for large medical equipment tenders.

In the mid 2000’s she worked as a Senior Project Support for Canute Group supporting the project group with the removal and installation of large pieces of Medical equipment and assisting with implementing of new computer software.

In 2013 Clare moved to Australia where she joined a construction firm as a Project Manager of the furniture division. Her projects included the successful delivery of 15 floors of furniture to the Flight Centre Head office before being promoted to a sales focussed account management position.

In 2019 Clare purchased the Binocular and Telescope Shop along with her husband John.

When not at Bintel, Clare enjoys travel and discovering good restaurants with friends and family. With any spare time she has left you will find her engrossed in a good book. 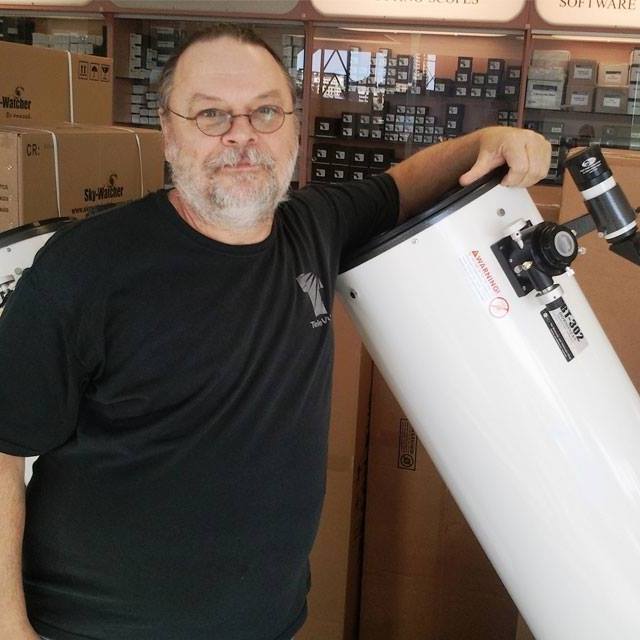 One of Australia’s most experienced optical experts, Don has worked as a telescope technician and telescope maker for more than three decades.

For the last 28 years Don has the been the chief technician at BINTEL.

He’s repaired everything from beginner’s telescopes to complex computerised mounts, astronomical cameras and accessories. Don’s hands-on expertise has helped guide countless beginners towards the best choice of telescope to start their astro journey and advised on the next steps for more advanced observers and astrophotographers.

Don is extremely proud of the growth in the STEM and education side of BINTEL. He’s supplied single telescopes to small primary schools and designed complete observatories for private secondary colleges and major Australian Universities.  Don has also consulted and supplied optical systems for a large number of government and defence related projects.

Prior to joining BINTEL Don worked in the mid 90s worked as senior technician at the world’s leading telescope maker, Celestron, in Torrance, USA as well as a period in the early 2000s at Meade Instruments, in technical services.

He has been an amateur astronomer since his first telescope back in 1965 and been heavily involved in astronomical societies for many years.

Elected a life member at the ASNSW (Astronomical Society of NSW), he’s served on the board as director of the ASNSW since 1994. Don actively spends dark time looking for faint planetary nebulae and small faint fuzzy galaxies.

Outside of astronomy in his spare time Don collects guitars and loves to fly fish. 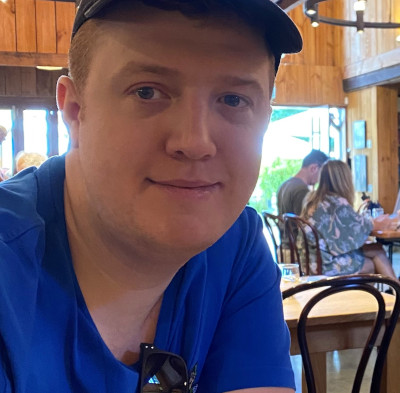 Jack joined The British Army from college and served for 5 years as a UAV operator.  During this time he travelled the world extensively, touring countries such as Kenya, Spain, France, Germany and Belgium.  He also played rugby for his regiment.

After leaving the army, Jack re-located with his partner to Sydney’s Northern beaches where he worked as Air-Conditioning Engineer. He joined BINTEL in 2019 initially to look after stock and logistics, however it quickly became clear his real skills were dealing with customers and helping them with their telescope and optics purchases.

Jack also spends time helping beginners at his local astronomical society and consulting on astrophotography hardware and techniques at both basic and advanced levels. He grew up with a telescope in his backyard as his stepfather is a keen astronomer.

Away from BINTEL Jack enjoys gaming, skiing and once the world returns to normal, is looking forward to resume travelling, 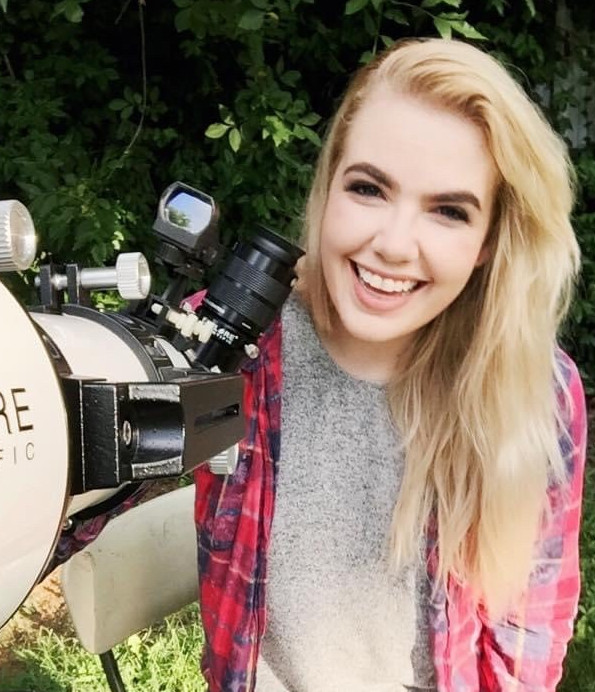 Another of BINTEL’s  long term “telescope whispers”, here’s how Jess B introduces herself  –

“Hey, I’m Jess and I work alongside the rest of the team here at the Binocular and Telescope Shop. I’m originally from a state called Arkansas in the United States where I got my first job in the Astronomy industry and I was mainly focused on eyepieces and refractors. I have thoroughly enjoyed coming down to the Southern Hemisphere where the seasons are backwards but the sky’s beautiful all year round.

My focus here at the shop is to help folks along every step of their telescope experience, whether they are taking the first step into the hobby or looking to push their gear to its limits. One of my favourite things about the job is translating advanced ideas into a language that everyone can understand, so people can leave the conversation feeling confident to tackle the addictively challenging hobby that we all love at the shop: astronomy.

I am fascinated with learning new things, and luckily in this field there is no shortage of ideas to wrap your head around. When it comes to my day-to-day, I can be found answering peoples’ questions over the phone, in the shop, and over email. Once the sun goes down, I can be found asking my own series of questions about the night sky, scratching my head in the dark.” 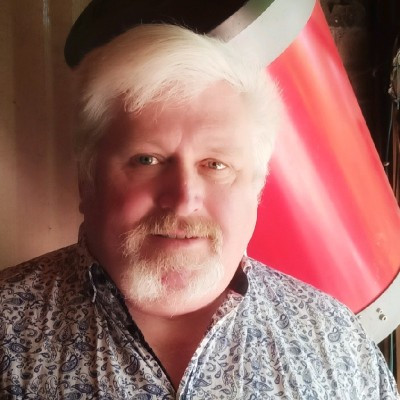 How did Earl become permanently hooked on space and astronomy?  All it took was he lucky combination of watching the Neil Armstrong’s first steps on the Moon crammed into a school hall with rest of his kindergarten classmates and stumbling across a bright “star” while using a borrowed 50mm telescope that turned out be the planet Saturn.

He studied IT at Macquarie University in Sydney before embarking on a long and varied career in the Australian IT industry.  In the 80’s he ran the technical support dept of the Australian office of UK computer suppler Amstrad. In the 90’s he handled the tech services before taking over as ANZ managing director for utility and network software company, Quarterdeck, where he launched some of the first commercial Internet software packages. Prior to making the jump full time to the astronomy business in recent years, Earl spent a decade working exclusively with Australian ERP, integration and CRM software vendors including Pronto Xi and Legrand CRM.

Earl has post graduate qualifications in Astronomy from Swinburne University and is a director and current Vice-President of the Mars Society Australia, a leading space advocacy and research institute.  When it’s dark and cloudy, you’ll find him planning the next astro tattoo or intently watching late at night a schlocky B-grade movie with his three Chihuahuas.