A Passion for the Cosmos: The Genteel Astronomers of Mosman - Sat 14th May 2022 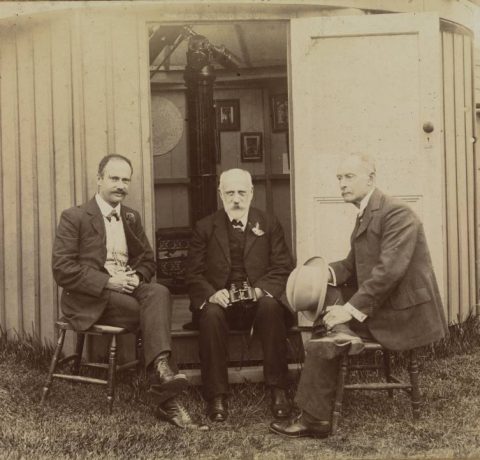 In 1895 the NSW Branch of the British Astronomical Society was formed to promote the study of the night sky with members including locals John Macdonnell and E. H Beattie. Join the presenters for an insightful look into the role of these astronomers and the importance of their discoveries, followed by a clear evening’s Telescope viewing. Presented by Sydney Observatory Curator of Astronomy, Dr Andrew Jacob, with Dr Toner Stevenson and Elizabeth Cocking of Sydney City Skywatchers.

In 1895 a passionate group of amateur astronomers, including John Tebbutt, formed the NSW Branch of the British Astronomical Society. Tebbutt, the Society’s first President and 61 men and women, from all over Sydney, were nominated as members. With a view to sharing and supporting each other the Society flourished.

Members included Mosman residents, John and Emily Macdonnell whose ‘Gardenol Observatory’ was in the backyard of their house in Shadforth Street. In 1906, Secretary of the Society, Ernest H. Beattie owed Madonnell’s Grubb Telescope installing it in his ‘West Point Observatory’, Mosman.
In 2021 their famous Grubb Telescope, now in the National Museum of Australia, was one of 18 items selected by Slava and Leonard Grigoryan as the subject of a new composition Southern Sky.

Join the presenters for a wonderful and insightful look into the importance of those referred to as amateur astronomers and their lasting legacy.

The evening will conclude with a Telescope viewing guided by Ann Cairns, President, Sydney City Skywatchers (weather depending).

BINTEL Will be attending the Queensland Astrofest 2022

The July new moon this year falls on the last Friday, the 29th July. On the first Friday, the 22nd the moon will be rising just after midnight and by the Monday it won’t be rising until 03:42 so we should get a good run of clear, moonless nights.

Bookings can be made here 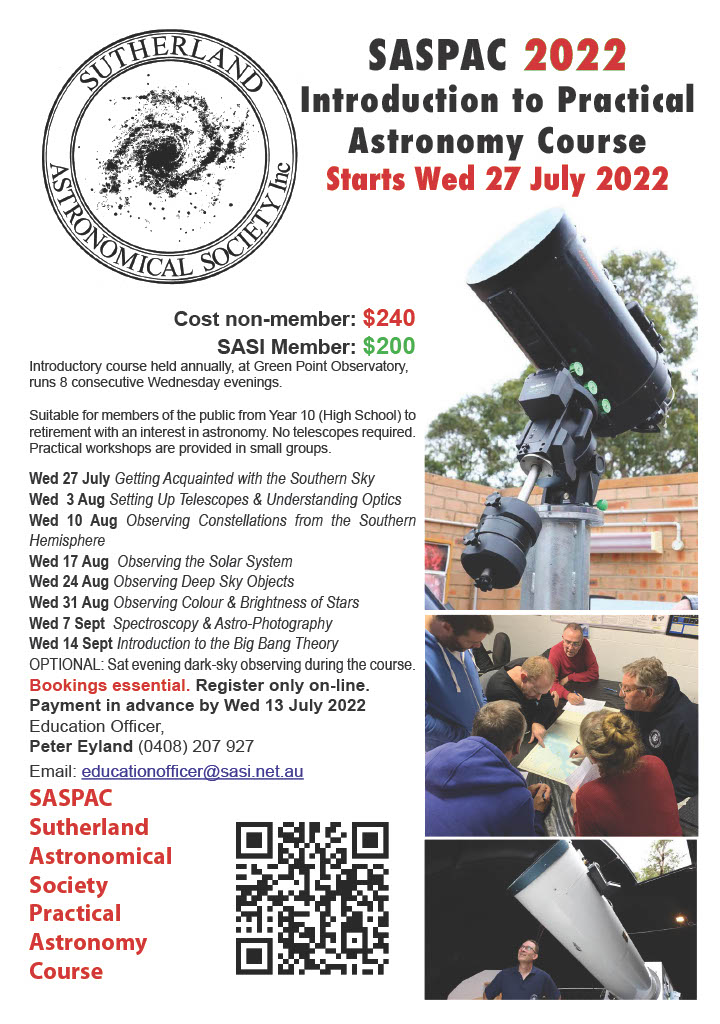 For those in Sydney: Practical Astronomy Course.
SASPAC is an in-depth introductory course to learn everything you wanted to know about backyard astronomy.
The 2022 course will start Wednesday 27 July 2022.Suitable for members of the public from Year 10 (High School) to retirement with some interest in astronomy
Book now to ensure your place. 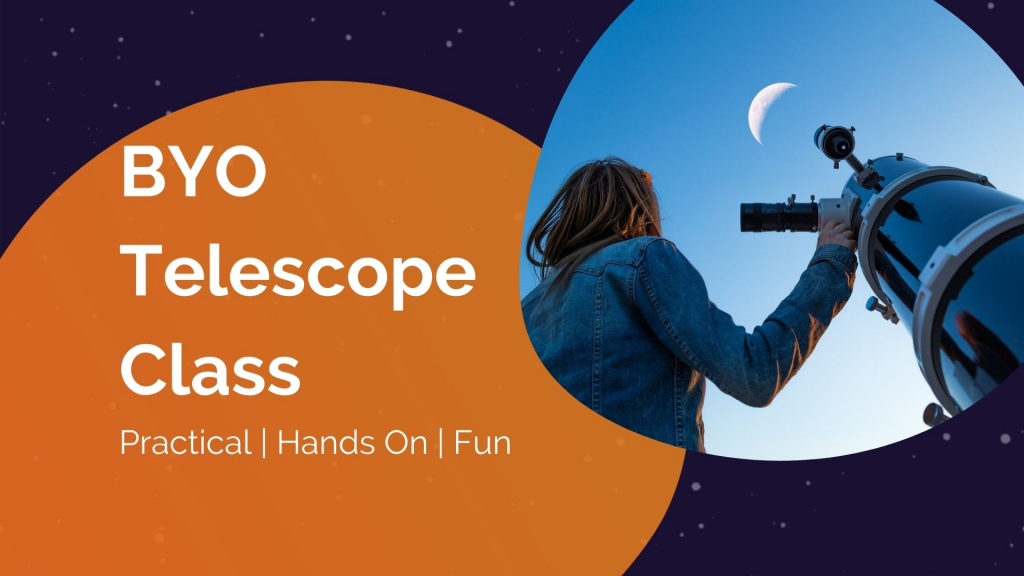 PRACTICAL   |   HANDS-ON   |   ABOVE ALL, FUN!
If you own a telescope and are having difficulty working out how to use it or if you’re confused about which telescope to buy, this single evening class will help you on your way.

This class is specially designed for beginners and will cover all the basics to kick-start your knowledge.

WHAT YOU WILL LEARN:
With astronomy guides on hand, you will learn all the basics including:
•       Telescopes and mounts
•       Finder scopes, eyepieces and focusing
•       Extra tools to find out what to see in the night sky

Would you like to suggest an event for this calendar?

Fill out the form below. Please note we may not choose to publish the event but appreciate the heads up!

Shopping cart
There are no products in the cart!
Continue shopping
0