or 4 payments of $55 with Afterpay

The ZWO ASI120MC-S has the same features of the ASI120MC but with the addition of high speed USB 3.0 communication allowing capture rates of 60FPS at full resolution. Faster frame rates help capture moments of steady seeing bringing out the best in your lunar and planetary images.

This camera from ZWO is a real “all-rounder” and represents outstanding value for money. 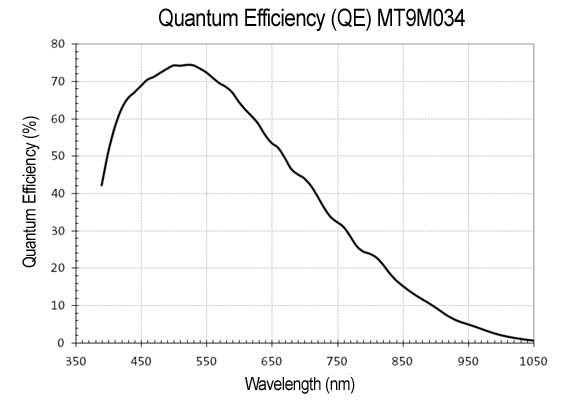 A major bonus is the inclusion of a 150º wide angle lens attachment allowing you to use the ASI120MC-S even without a telescope! When connected to the camera, you can do super wide angle shots similar to that produced by an all-sky camera. Capture images of the Milky Way stretched overhead, or record satellite passes or bright meteors as they flash overhead. 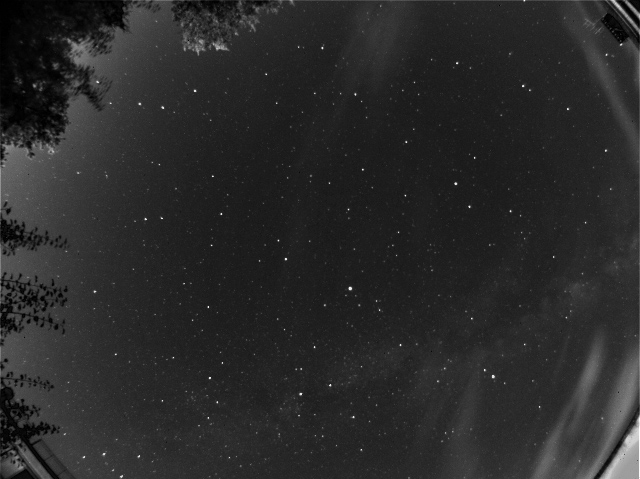 The ZWO ASI120MC-S camera is a proven performer when it comes to imaging the planets, Moon and Sun. The sensor can deliver up to 60 fps at full resolution and a staggering 254 frames per second at reduced resolution (340 x 240). The wide range of capture resolution settings available with this camera allows you to go from planetary imaging to deep-sky quickly and easily, without the need for another camera.

Some fine examples of planetary images captured with the ASI120MC. 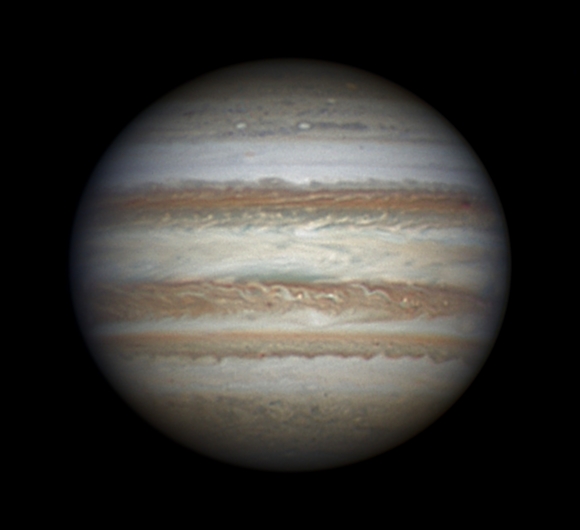 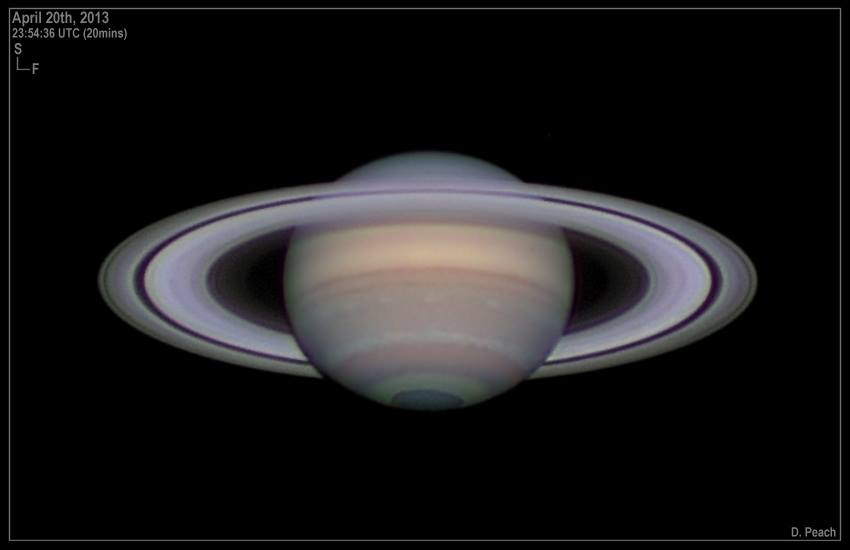 The ZWO ASI120MC-S allows you to choose a smaller region of interest that can be captured at a much faster frame rate compared to full resolution.
This is useful for planetary imaging where even at very long effective focal lengths the desired target only occupies a small part of the entire sensor area.
In such instances you can specify a smaller ROI and capture at a very fast frame rate. This allows you to capture a sequence of videos in a very short period of time avoiding problems of frames not aligning properly due to Jupiter’s very fast rotation.
It also means the captured sequences don’t take up as much storage space.
The different ROI options are shown at the bottom of the page.

The beautiful red housing of the ASI120MC-S is made of aluminium, and sports a USB and ST4-type auto guider port. 6.5-foot cables for both are included in the box. The 2″ interface has M42X0.75 internal threads. A standard M42 to 1.25″ nosepiece rounds out the package. The underside of the camera has one 1/4-20 thread in its center, and four M4 threads evenly spaced around the outside edge.
This camera comes with a 2m long USB cable, a 2m long ST4 guider cable, 1.25″ clear window, 150º wide angle lens attachment, Driver & Software CD, and a M42-1.25″ nosepiece. Software on the CD includes the users manual, Windows camera driver, ASCOM Driver, SharpCap Image Capturing Software, FireCapture Image Capturing software, and Stakkert 2 Stacking Software.

Capture control software for the ASI120MC-S can be downloaded from the following sites: 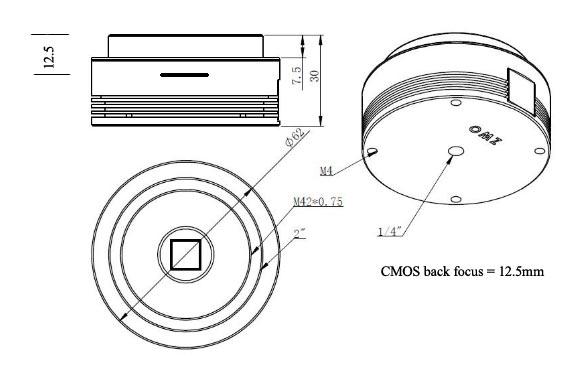 For the monochrome version, check out the ASI120MM.

The ASI 120MC-S is extremely sensitive with a peak QE of 75% showing no fixed pattern noise (FPN).
Exposure range is from 64µs up to 1000s.
In addition the ZWO cameras have a built in ST4 auto guiding port meaning you can also use it for auto guiding with a dedicated imaging camera. 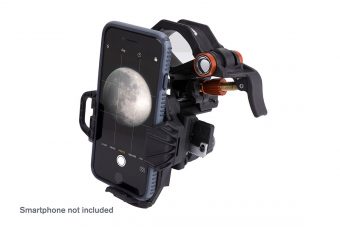 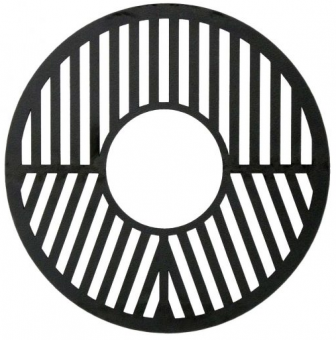 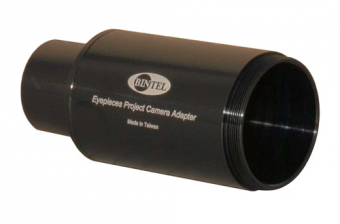 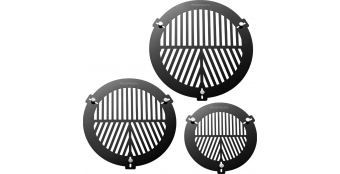 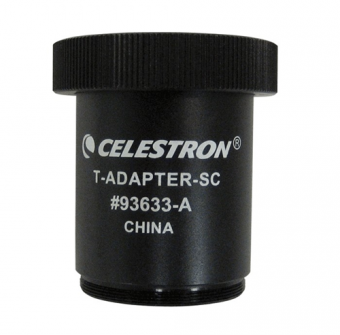 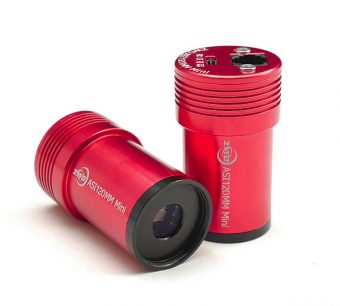 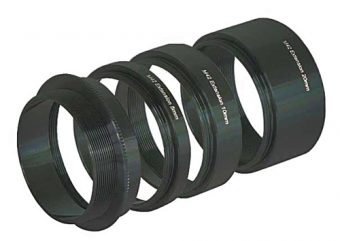 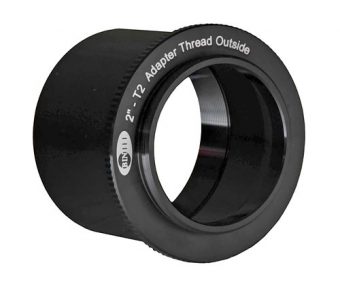